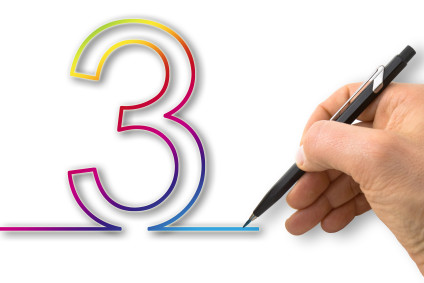 Posted at 21:13h in Uncategorized by Richard Rothstein 0 Comments
0 Likes

Technology is a constant challenge for accounting firms.

We’re learning to get a lot right, but there still are some things that firms get wrong on a regular basis.

If you’re not failing, you’re not trying. You’ve probably heard that philosophy before, but do you apply this principle to your practice? I’m not talking about bet-the-farm decisions like relocating to Podunk.  I’m talking about committing to a culture of experimentation.
Back in 1997, my partner and I heard at a conference about a small firm in Texas that had adopted the then wildly new technology of paperless. The firm was orders of magnitude more profitable than other firms. But the technology was expensive and hard to find. Worse yet, few people knew how to install and use the technology, and not much scanning software was available.

We searched and eventually found the scanning hardware. We leased it, because buying was out of the budget. The company that sold us the machine had no idea how to install and use it. In fact, their installation plan would have broken it altogether.

I read the manual over a weekend and installed the scanner. The software that came with it was horrible, but I searched around and found workable software. We were one of the first firms in the DC area to go paperless – or mostly paperless as that was the best we could do back then.

Our savings on office space for storing files dwarfed the cost of the machine. We took a risky bet and won.

You don’t always win, but when you lose you learn.

About a dozen years ago, I got tired of centralized scanners. I wanted every staff member to have a scanner. We had a queue every day outside our big office scanner. People, who could have been billing were chatting for 10 minutes, waiting for their chance at the scanner. Clients waited in offices for documents to be scanned and returned. Paperless was becoming the productivity nightmare that it was supposed to prevent.

Inexpensive desktop scanners were becoming available and all-in-one scanner/printers were coming on the market at nearly affordable prices. I tried several in my office. I spent nearly $3,000 on various units that all turned out to be inadequate. I failed. Until our recent office move, you could see the evidence in the storage room. The fossil evidence of my failure somehow didn’t make it to the new office. Now it sleeps with Epstein.

I learned from that failure. Not about destroying evidence and killing witnesses. I already knew that. I learned what we needed from desktop scanners. First, we needed all-in-one devices for space reasons. You can end up with with so many devices that you have no place to sit.

Second, we needed personal scanners, which could scan at copier speeds. Printing speeds needed to be good but not great. We rarely print anymore.

Finally, we needed one-pass duplex scanning that could handle up to legal-size sheets. Eventually, I found Brother units for about $400 each that did everything for us. We barely spent, to equip our entire office, what I had earlier wasted.

Look at benefits before cost. Are you trying to reduce labor costs on tax return preparation? Look at scan and populate software like CCH Autoflow, Gruntworx or Sureprep. In our case, this technology drove our choice of tax software.

Are you trying to reduce tax return delivery costs? Then you are looking at portals. While you’re at it, look for products that are a lot more than just portals. What else can these products automate, like project management, client communication and staff collaboration maybe? I know a guy – actually that guy is me.

Engage an expert to build your tech stack. What is a tech stack? It is your technology ecosystem. How well do your individual technologies fit together to creat an efficient practice? We engaged Donny Shimamoto for our CPA firm. The money spent is far less expensive than waltzing down a few dead-end paths.

Start with your desired result and work backwards to the technology solutions.

3. Failing to consider factors beyond cost.

Do you know the last thing the old CPA said to the paramedic before he died from his heart attack? “I can get it cheaper.” Like many CPAs, the old CPA was willing to do without treatment rather than incur a cost. The benefit didn’t matter.

Cost means nothing until you consider benefits. I talk to people at conferences all the time with real tech problems, who are paralyzed by, “I can get it cheaper.” They end up with nothing.

Would you rather buy software that costs you $10,000 but increases your profit by $50,000, or software that costs little but kills your staff productivity? People make the wrong choices every day. Don’t let your firm die of a tech heart attack because you can get it cheaper.

Over a decade ago, Taylor MacDonald at a Sage conference said, “No one ever budget cut his way to success.”  That’s exactly right. You spend money for a reason – to accomplish goals.

I guarantee that you’ll waste money on technology. Those are the losses. However, as with the the stock market, the wins far exceed the losses over time. Avoid the losses, and you avoid the big wins as well.