How the Annual Tax Meeting Died 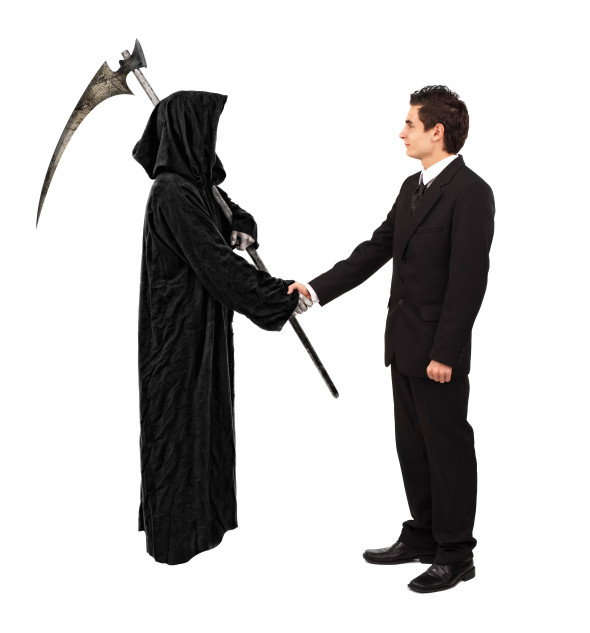 Posted at 16:59h in Uncategorized by Richard Rothstein 0 Comments
0 Likes

Better scheduling reduces WIP. A while back CPATrendlines.com published an article by a brilliant writer (me) called “The Annual Tax Season Meeting is Dead.” I based this article on years of scheduling mistakes in our firm that drove up WIP and killed turnaround. Here’s the gist of that article.

Beginning in the early 1990s, we began prescheduling personal tax meetings. We had the best intentions. Our practice was growing, and we could no longer afford to have clients call us when they got around to it. We needed to bring sanity to the scheduling of meetings. We couldn’t have all of our clients call to schedule in mid-March. Thus, we sent out postcards with prescheduled meeting times.

We structured our schedules by not scheduling meetings the first two weeks in March and cutting off meetings in late March. Life was good for a decade.

Then life wasn’t so good anymore. Because we didn’t schedule personal tax appointments in early March, admin jammed all of the meetings they could into the last two weeks of February. I had days of a dozen meetings or more. That bunching of appointments caused some really nasty side effects.

What was the result of our scheduling genius? Corporate tax returns that came in February aged until March, and the personal tax returns that came in late February sat until late March. Turnaround time for both corporate returns and personal returns plummeted. This was a lose-lose situation. Let’s express this stupidity in WIP terms, and see why we should have known this was going to be a disaster eventually.

When we scheduled large blocks of personal tax meetings the last two weeks of February, we invested in two full weeks of WIP that wouldn’t begin to be released until three weeks later. That’s 20-plus additional days in WIP. What happens when WIP goes up? According to our equation, turnaround time increases. Duh!

Additionally, all of the WIP invested in corporate returns in February sat until March, adding about 14 days of additional WIP. That also murdered our turnaround time. At the very least, it was voluntary manslaughter. I should still be serving time for this.

Then I had the great beach epiphany, while reading Michael George’s book on Lean Six Sigma. We could reduce our WIP, and thus turnaround time, without adding any additional resources just by adjusting our scheduling.

Also, many of the personal returns that usually came in late February and would sit until late March wouldn’t enter our system until the first two weeks of March, also decreasing our WIP until we are ready to actually work on these returns.

The lose-lose becomes a win-win. WIP goes down. Turnaround time goes down. Clients are happier. I am happier – and that’s what really counts. Why did it take a few beers and a book on Lean Six Sigma to figure this out? The evidence suggests that I’m stupid.

Reducing WIP and turnaround time by a simple scheduling change was really great, but what if we didn’t need to invest time and WIP in personal tax meetings at all during tax season? WIP would go down as we wouldn’t be spending time in meetings, and thus turnaround time would decrease as well. Also, the cost of preparing returns would decrease. So do we really need the annual ritual of personal tax meetings in the 21st century?

The answer is yes and no.

The “no” part hit me during a February tax meeting with the vice president of a major software company. Every year this guy drove from Alexandria, Virginia to Chantilly, Virginia where our office is located. The distance is probably 25 miles as the crow flies, but the crow isn’t driving in Northern Virginia traffic. At the right time of day, it’s a 45-minute trip. At the wrong time of day, your Roth will meet the five-year withdrawal threshold while you sit on the Washington DC Beltway.

He asked me, “Frank, with this client center software thing that you have, do I really have to drive all the way to Chantilly to give you my tax documents? Why can’t I just post them to your site?”

Clients had been posting their tax documents to our project management system for a number of years, but we had never explicitly told them that they didn’t need an annual tax season meeting. Some people just figured it out on their own.

Then it hit me. People were coming to our meetings because we told them to. They didn’t necessarily need or want the meetings. If you schedule it, they will come. So we were dragging people out to our office for meetings that neither they nor we desired. More sheer genius on my part.

So we stopped prescheduling meetings. Instead of sending people meeting notices, we sent them messages asking them to schedule a meeting if they wanted one. The first year, my meetings dropped by 40 percent.

Our big hairy bogeyman of a fear was that all of our clients would call in mid-March to schedule for the last week in March. Never happened. I had fewer meetings in late March even while our total return count grew.

We worried that our admin staff would be overwhelmed with telephone calls to schedule. Never happened. In fact, call volume went down. Why? Because we didn’t have the normal deluge of client calls to reschedule our prescheduled meetings.

Why do many clients want to skip the annual meeting? How can we deliver personalized service and recommendations? Don’t clients care about personal attention and service anymore?

In the 21st century – well by now I think you see the pattern. Communications preferences evolve. We hadn’t, at least not when it came to the annual tax season meetings.

Most of today’s clients are too busy to drive an hour to have an hour meeting where they basically hand over their tax documents. They have better things to do with their time; at least the affluent ones do. My richest clients despise needless meetings.

I remember a time when we scheduled tax meetings on Saturdays and Sundays. No longer. I allocate one Saturday morning in February for tax meetings. This past year, no one scheduled on that day. I thought I might have to give up personal hygiene to get people to give up weekend meetings. Nope.

Affluent clients prefer meeting during the work week. They don’t want to give up precious personal time on weekends to bask in my genius. They consider tax return preparation to be an essential part of their business lives that should take place during the normal business week.

One of our staff asked me, “Frank, what about the people who can’t get off work during the week to meet with us?”

When my article announcing the funeral for the annual tax meeting appeared in CPATrendlines.com, a practitioner commented that his clients found the annual meeting to be very valuable. They valued hearing him talk about financial issues and planning during the meetings. He couldn’t deliver the same value without the meetings.

Here’s how he could find out how much his clients really value the meetings: Move the financial and tax planning meetings out of tax season and charge for them. If clients truly value the advice, they’ll pay for it, and he’ll be richer. Not only that, he’ll have more time during tax season. If they don’t value the meetings the way he thinks they do, they won’t schedule or pay for the non-tax season meetings. Money talks and you know what walks. This is how tax seasons are won.