Give Your People the Resources They Need 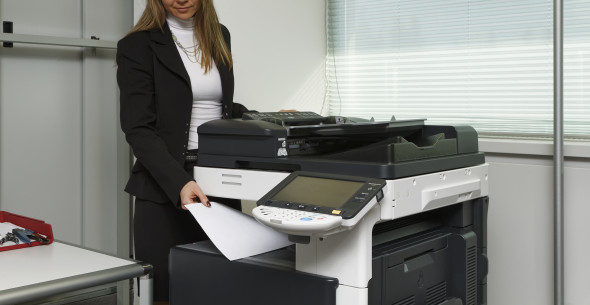 15 Jun Give Your People the Resources They Need

Posted at 21:08h in Uncategorized by Richard Rothstein 0 Comments
0 Likes

We have talked about putting the right people in the right places. Let’s discuss giving them the right resources

Little angers me as much as getting cheap when it comes to giving staff what they need. Here’s an example from my wife’s career as a federal government contractor.

My wife, Laura, is a cybersecurity engineer who works for a government contractor. She earns the salary you would expect for such a position and works with people who for the most part make $100,000 and above. Stating that her average co-worker makes $125,000 per year is not an exaggeration.

She works at a government facility with lots of departmental laser printers. She doesn’t have to walk far to pick up anything she prints. That should make printing easy, but it doesn’t. Most of the printers have no paper. Paper is at such a premium that her co-workers keep their own stashes and load the printers just when they need to print.

Why? Because a low-level grunt of a federal employee plays printer god. You must go to her and spend 15 minutes presenting the business case for why your entreaty, for the tender mercy of receiving paper, should be granted.

Few of the $125,000, highly educated computer professionals look forward to the begging ritual. So they hoard private stashes of paper and office supplies. I can only imagine what prison inmates must do to get cigarettes to trade in the slammer, but I’ll bet Laura’s co-workers understand perfectly.

Let’s look at the math behind funding the printer god’s reign of terror. Let’s assume our average computer professional spends 15 minutes trying to arrange for a private deal for some paper. Let’s then assume she fails and spends another 15 minutes making the appropriate animal sacrifice to the printer god. That’s 30 minutes at $60 per hour or $30.

A case of paper on Amazon.com costs about $30 and has six reams. That’s five buckaroos per ream. I actually had to look this up on Amazon, because I am a CEO and have nothing to do with ordering office supplies, except for complaining when they run out.

Our federal government chooses to waste $30 of computer professional time to avoid the maximum possible waste of $5 every time one of Laura’s co-workers needs to print something. As a new CEO, if that doesn’t make you want to slap somebody, you aren’t worthy of the CEO position.

Yet many of us do this all the time. Our office is guilty at times despite the baseball bat I keep in my office to discourage such nonsense. Here’s the logic behind one of our transgressions.

Laser printer toner is expensive. Therefore, we wait until it runs out to order more. So our brilliant business practice is to squander the productivity of our expensive professionals to avoid keeping around a couple of extra toner cartridges, which we will have to order anyway.

So if a set of toner cartridges costs $100 and we use four sets per month, we can either spend the $400 and buy four sets and not run out, or we can run out of toner and spend $400 plus the lost productivity of our staff running around looking for toner and stealing cartridges from other offices. Yep, there’s a time value of money to keeping the $400 for most of a month. It’s about a buck probably. Yay for us.

If scrimping on office supplies were our profession’s only Scroogeworthy business practice, I would mercifully end this chapter here. However …

We all attend conferences for CPE. The exalted beings who run our profession decree that we average 40 hours of CPE per year. Yet, how many people under 40 do we see at these conferences? Very few, and most of them are children of owners. Let’s explore the incredibly deep logic behind this.

We don’t train young employees because we believe we are spending money training them for their next employer. That’s it. That’s all there is. This is not exactly a Pythagorean proof. If we are to rely on this logic with the certainty of Einstein’s theory of general relativity, we need just a bit more.

By now, every business owner knows the joke. You can either train an employee for his next employer, or you can not train him and he’ll stay. There is a third possibility. Actually, I’ll call it a probability and refer to a related discussion on hiring newbies.

Of course, your newbie may leave before tax season. In that case, you’re out $1,000 pure and simple. But if there’s a 50 percent chance that he stays another tax season, your expected return on your investment is $3,000, if you consistently make this bet. That’s a three-to-one expected return. There are no games in Las Vegas with that expectation of return. There are not many investments, period, with that expected rate of return; maybe drug dealing, loan sharking or human trafficking.

So why are we so damn cheap, when it’s in our best interest to invest in training? Because we don’t act as CEOs of our businesses. We sink so deep into the daily abyss that we spend little or no time planning and analyzing our operations.

Training isn’t the only important resource to keep your firm improving. What about investing in top-quality software and training? Take a rate of return approach on this as well, Ms. CEO. If you spend an extra $20,000 per year on better tax software, will that software either increase revenue or decrease expenses enough to provide an attractive rate of return?

Every year we spend big dollars on top-tier tax software. Why? Because many, if not most, of our business returns are multistate. We have quite a few returns with 10 or more states. We charge a big premium for these returns. Our tax software gives us better multistate capability than almost any other, and helps us prepare multistate returns more efficiently than the el cheapo packages.

If you want to know what tax software we’re using, Google my name. I do a good bit of promotional work for them. I get to attend their annual conference for free and yell at various people when we have issues. Our last salesperson joined the FBI witness protection program to get away from me.

We don’t spend multiples of $10,000 more on tax software because we hate profitability. We spend it to make even more money.

For one final example, I have a partnership client who has 40-plus partners and nearly 20 ownership changes each year. In our old software, the ownership changes tied up an employee for a couple of days on data entry and proofing the changes. With our current software, I spend less than an hour importing the data from a worksheet I make the client complete.

The employee who used to do the data entry and proofing now has two more days to prepare returns during tax season. If we assume 90 days in a tax season, we have recovered 2.22 percent of that employee’s tax season productivity. I haven’t lowered the price of the partnership return. That’s how tax seasons are won. I just dropped the microphone, like the annoying Verizon guy in the commercial, but I look much better doing it.

Here’s one last thought about being the chief strategist. When your practice was young, you substituted time for money. You didn’t have money, so you spent extra time accomplishing tasks that could have been made easier by spending a few extra bucks.

Now that your practice has grown, you will substitute money for time. You are at this stage, or you wouldn’t be reading this article. You don’t have any more time. So you must spend some money to make more money. A well spent dollar either increases profitability or makes your life easier and more enjoyable. Approach all spending with this mindset.