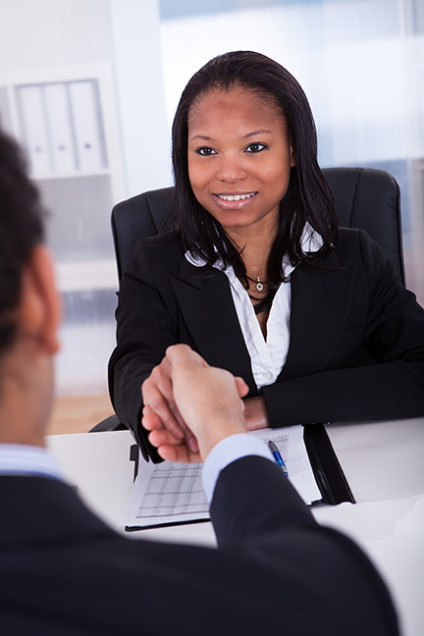 25 May Some Uncommon Advice on Hiring Full-Time Staff

Finding full-time staff is a different beast altogether. Avoid recruiters. Most of their candidates are looking for jobs for good reasons. Nearly all of a recruiter’s candidates’ resumes will have the following job histories:

The best employee we ever got from a recruiter was a throw-in, when our original hire from the recruiter washed out. The recruiter gave us a replacement so that I would quit calling him the world’s most expensive temp agency. He held her in no regard at all. He just wanted me to shut up – like most of the rest of the world does.

The replacement has been with us five-plus years and is a manager. My life is measurably better because of her. What did we see that the recruiter missed? She was with one firm for 10 years. And we knew that firm. And it truly did suck. She lasted 10 years at a firm with no adult supervision and the occasional rubber paycheck. She makes more than twice as much with us than she made with them. We’re happy to pay it.

Recruiters want you to hire the first somewhat warm body they present. They’ll convince you that five other firms are interviewing the same person in the next 10 seconds. There’s some truth to that if you refer to the job history above. Someone hires these people.

The sweet spot for identifying morons seems to be one, maybe two tax seasons. After two tax seasons, most reasonably competent managers can identify a non-hacker. We once interviewed a recruiter’s candidate who prepared a whopping five personal tax returns during a full tax season. Obviously, that firm learned quickly and quit giving him returns, eating his salary for a few months in the name of not torturing their clients and violating Geneva Convention rules.

Where should you look for great hires? Everywhere. Homeowners’ association newsletters in affluent neighborhoods are a good place. Poaching competitors’ employees at chamber of commerce events works as well. You get to see how they act in public and get to spend some time with them. CPA society events work similarly.

Keep watch for great accountants working for your clients. I’m not suggesting that you poach from your clients. However, clients sometimes fail and leave perfectly fine employees lying around for you to snatch up.

We found one of our managers at a client company. I saw that she could read balance sheets and poof, bam, zowee Batman, we hired her as a part-time tax preparer. After a couple of years, her employer ran into serious financial trouble and couldn’t afford her any longer. After considering her application for approximately 2.625 nanoseconds, we hired her. We had already trained her.

This was a win-win for us and our client. They still had access to her when they needed her, and when their business recovered, we got to bill them while she trained her successor. Who says the world’s a bad place? Yes, we did ask the client’s permission before we hired her. The owners are REALLY big guys, and I like my teeth in my mouth where they belong.

Seek referrals from existing great employees. Great people hang out with other great people. A truly great employee will never recommend a stooge, because he’ll have to work with that Moe, Larry or Curly.

Newbie college graduates – to hire or not hire? That is the question, Hamlet. Some very respected CPA management gurus espouse hiring only new college graduates. You don’t have to untrain them. They won’t insist on killing forests, printing out last year’s returns and workpapers before beginning a new tax return. If you’re good at training, you can have them mostly billable in a couple of weeks.

You have to teach them to breathe.

Have you ever watched a newbie prepare a tax return? I mean really watched one. Mostly, they stare endlessly at the screen. We train them to skip their normal first step – agonizing over starting the return. We teach them that the numbers on tax documents aren’t going to miracle themselves into our tax program. A tax return gets prepared by the movement of hands over that thing called a keyboard. They must tap into the force that drives the world, called work intensity.

And of course, we have to teach them to not smoke crystal meth in our bathroom and clog the plumbing with little foil packets. All of us know that great CPAs prefer alcohol and cocaine. None of that trailer park stuff for us. Yes, we did have a kid using crystal meth in the bathroom. It was a damn shame as he had great potential.

You didn’t make a mistake. You didn’t underpay. Kids fresh out of college have a half-life just like uranium, only thousands of years shorter. At two years, if not before, wanderlust kicks in and they’ll see greener grass somewhere else, where the rest of us just see asphalt. Just about the time you start to make money, you get that Dear John resignation letter in late December.

“Dear Owner – I’ve really enjoyed having you train me to be useful to humanity. However, I must be making $100,000 by age 24 to buy that BMW. Therefore, I quit. I wanted to give you plenty of time to replace me before tax season. BTW, can I use you as a reference when I leave my next job in a year?”

Millennials aren’t to blame. We did this too. How long did you stay at your first real job out of college? I stayed two and a half years. Guilty as charged.

So, hire newbies out of college, but know what you’re likely to get. You must be great at training and get them billable by yesterday. Happily, this is possible when you hire December graduates. What happens every year in January as regularly as snow in Buffalo and the Bills missing the playoffs? We prepare W-2s and 1099s. This is great work for newbies. We have also used them to validate data from our scan and populate tax software. By February, they can at least bill their monthly gross pay and we’ve had time to train them to prepare simple returns. By April, they’re every bit as capable of screwing up a 1031 exchange as the next person.

So where can you find new employees? Everywhere. But you have to be looking all the time for great talent. I am always identifying and developing potential hires in case we need someone in a hurry. This is the best answer I can give until the profession institutes something like the NFL draft.

“Mr. Goodell, Stitely & Karstetter drafts the pocket protector-wearing dweeb from the University of Nowhere. At the pre-draft combine, he wowed us with his 10-key skills.” We kid because we love.