4 Steps to Take Before Next Tax Season 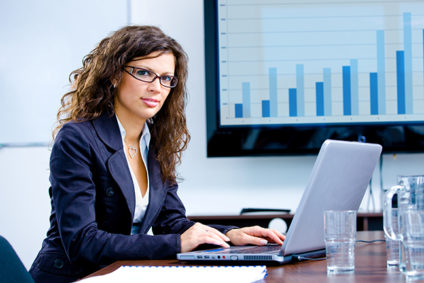 08 Jun 4 Steps to Take Before Next Tax Season

Please have a seat. No, not that one. Take the one next to me. All of us are here because we love you to death. We only want the best for you. But we can no longer stand by and watch you suffer. When you suffer, we all suffer as a family. We have written some letters to let you know how we feel. I’ll let your firm go first.

“Your behavior has affected me negatively in the following manner. I’m not as profitable as I should be. You are stifling the development of your staff. Your clients are upset that returns aren’t getting done on time. Your kids resemble the mailman more than you.

“Please accept the help we are offering you today. We have your bags packed, and we’ll put you on a plane to rehab at the beach. Don’t worry about scoring your next fix. We’ll help you detox safely. But you must decide right now. You must give up your addiction to doing everything yourself.”

After a few attempts at bargaining and many tears, you accept. You’re not a runner. Here’s a big group hug. Cut to cheesy lawyer commercial about cash settlements for some disease you wish a relative had, so that you could cash in.

Nothing else matters if you insist on maintaining the cult of you – the one-man show, the all-knowing expert in all matters. You need to become the CEO of your firm.

Let’s start with your new responsibilities as a CEO.

What do Jeff Bezos, CEO of Amazon.com, and you have in common? You are both the top dogs in your company. What’s different? He acts like the top dog, and you are acting like the last dog pulling the sled. He’s looking ahead, and you see the same sight every step of the way.

Your job as CEO is to put the right people in the right positions with the right resources. Then you let them do their jobs and make money for you. That encompasses a lot of roles, and we will cover these roles. But these roles most definitely don’t include worker bee. Your first role is chief strategist.

Your first task as chief strategist is picking the right people. I’ve discussed hiring and managing people before. Let’s be a bit more strategic now. Let’s pretend you’re the general manager (GM) of an NFL football team. If you hate football, pick another sport, but understand that I won’t respect you as much. I’m talking real football, not that soccer nonsense. Who doesn’t know who Tom Brady is?

An NFL general manager decides who’s on the team. He knows, for instance, that he needs a good quarterback, but he also needs a backup for the quarterback. Tom Brady is useless when he’s hurt – maybe not to you ladies, but in a football sense. The GM also needs offensive and defensive linemen, pass receivers, and defensive backs. He even needs a kicker.

The GM knows that all of these positions require different skills, but all are essential to a winning football team. The offensive linemen must block other 300-pound behemoths, but Tom Brady, as quarterback, does not. Tom Brady blocks the way I do home improvements. No thank you.

Look at your CPA or accounting firm as a football team. You need players with a wide range of skills. You need admin people. You need tax preparers at the entry level or the advanced level. You may need managers, depending on your size.

If you own a personal tax shop and you need to get 1,000 returns prepared in tax season, you need to know what roles you need and the production you’ll get out of each.

You might justifiably ask, “What in the hell will I do with six full-time preparers after tax season? As a personal tax shop, I don’t have that much work after April 15th.”

This is where part-time seasonal employees come in. In our practice, we use about 15 part timers during tax season. The key point is that you must think in terms of meeting the capacity you need with some combination of full- and part-time preparers with varying skill levels. If you have a lot of extensions each tax season because you just couldn’t get to the returns, you have a capacity problem. This analysis helps you solve that.

Let’s not stop with preparers. Who’s going to review those 1,000 returns? Not you – at least not if you want a life and happy clients. It will probably be you and at least one other person. So you’ll need to hire a reviewer.

Let’s review the planning process that you, as CEO, should undertake each fall before tax season.

There are some statistics you need to know to accomplish the above analysis. First, how many returns will your firm prepare during the next tax season? Well, that requires a forecast of your growth. If you expect 10 percent growth, and you know how many returns you prepared last year, you have the answer for next season. If you don’t know the number of returns for last tax season, you need a project management system that will tell you that. All of this analysis without real data is useless. Guessing – or worse, pretending you have real data – leads to disasters.

Second, you need to know how many returns your preparers get done during tax season. I didn’t pull the 150 number for newbies and 200 for advanced preparers out of the ether. That’s what we get, but that’s based on the complexity of the returns in our practice. Your practice is likely different. Again, you need real numbers that should come from your project management system. CEOs need numbers. If you don’t have the numbers, it’s your job to get them.

Here’s the danger in pretend data. Pretend data leads to bad decisions. If you’re drinking the value pricing Kool-Aid about cost, time and productivity data being irrelevant, skip this section and come back to it after the next bad tax season when you find out the hard way that cost matters. There’s a reason why income statements include revenue AND expenses.

A year ago, I sat in a roundtable discussion about implementing value pricing in tax practices. The session moderator gave us some statistics about his firm. I won’t embarrass him with his firm’s actual stats, if he’s reading this, but he told us that he looks to hire when he has an additional $180,000 of work to staff.

There was just one problem: His actual per-professional annual billings were really $120,000 if you looked at the numbers he gave us. To get this, I took his firm’s head count and subtracted a reasonable number of admin staff. I then divided the firm’s total billings by the number of professional staff.

This guy assumed he knew his numbers without actually having any numbers. If he had real data about billings per professional, he would have known his real numbers. I’ll bet his firm has had a few interesting discussions with clients about unwanted extensions.

He had taken one too many sips of the value pricing Kool-Aid that disdains knowing productivity data. This is why people like Mark Cuban think CPAs are bad business people. Most are, at least when it comes to running our own firms.

Above, I briefly mentioned that if you need six full-time preparers during tax season that you may not have enough work for them after tax season. That passage was in the context of permanent versus part-time staff. Let’s dig a little deeper into the concept of planning for that wonderful time called post tax season, when you rediscover the sun, decent meals and regular sleeping patterns.

So if you have a manager billing $200,000 annually, she will bill about $100,000 during tax season and $100,000 during the blessed time of the year. If you have determined the number of people you need during tax season, compute what these people can bill the remainder of the year. If you don’t expect to have enough work to use that capacity during the blessed period, rethink your planned staff composition for tax season. Hire fewer full-time and more part-time staff to meet that workload.

I have good news and bad news for you. The good news is that all of this math is simple, and you are really good at math. The bad news is that if you don’t know your billings per staff member and how that’s distributed throughout the year, it doesn’t matter how simple the math is. You are out of luck.

Now, all of you value pricers, who so disdain cost and productivity tracking, consider what happens during the blessed period when you think your manager bills $200,000 annually, but she really only bills $150,000. You are going to be short on capacity about $25,000 on this person after tax season. You expect that she will bill $100,000 after tax season, but she only bills $75,000. You get to pay someone else to bridge that gap. You lose money, in other words. Productivity and costs matter. Mark Cuban is right again.

Let’s make an imaginary appearance on “The Shark Tank” and pitch our value pricing vision of a 21st-century tax practice.

Robert Herjavec: “What do you charge for each return, on average?”

Mark Cuban: “What is your unit cost per return?”

Us: “We have taken the advice of lots of consultants who have never owned CPA firms. They tell us that cost doesn’t matter.”

Kevin O’Leary (Mr. Wonderful): “You’re dead to me. But I’ll offer you a royalty deal.”

Lori Greiner: “This will never sell on QVC.”

Mark Cuban: “You CPAs are stupid. Numbers guys without numbers. Get out of here.”

Here’s a new rule for you per the Sharks. CEOs must know their numbers.